I often find myself having to create long running SSH tunnels from one machine to another to maintain whatever service or access needs.

The following script is heavily based on this article by Brandon Checketts (the general script structure and the auth setup required for this to work) and this Stack Exchange answer by Chuss (checking the tunnel itself instead of relying on an additional SSH connection).

in my use case I wanted to maintain tunnels from my development box sitting at home to DBs in the office, both an Oracle and a MySQL connection. I also preferred to be able to duplicate this for whatever other tunnel I might need without having to edit the script.

In my crontab I added the following lines:

These will re-run every minute to check if the tunnel is still up and try to reconnect otherwise. 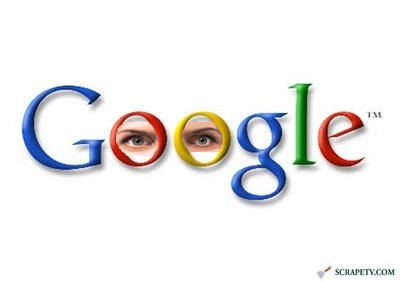 I’m using TeamCity for both building and deploying my artifacts to the different environments (DEV, CI, PROD, etc…).
I’m also using the daily Build History Clean-up feature to conserve disk space.
This means I might end up deploying to QA for manual testing, by the time the tests are done (in some cases this could take over a couple of days), the cleanup may have already removed the release candidate build (and its artifacts) from the disk, having to compromise between uploading a release that’s not fully tested to delaying the release on account of unplanned testing.

The solution is build pinning, this is equivalent to Jenkins’ “keep this build forever” button.

It’s pretty simple to use the TeamCity REST API (on a linux box with curl).

buildmanager is a user I’ve created in order to show that the pinning or tagging were done automatically, otherwise it may have used the user of whoever ran the build

Pin the BuildArtifacts build, on which I’m depending:

I’ve simply used these one-liners as custom scripts in a command line type build step at the end of my deployment build configurations.

I’ve been using TeamCity for a short while now at my new job. it seemed like there’s nothing it can’t do for me.

I decided I want to get a timestamp generated and incorporated into the build number. However, that seemed a bit more difficult than i thought.

A quick search shows a couple of options:

So I just wrote my own.

Here are my top 10 sessions:

Even a snazzy networked NUT setup, covering all your windows and linux boxes at home, making sure they all shut down when your over-kill UPS goes into the Low Battery state can seem like a waste of time if you have to come back home and start everything manually before your batcave is back online.

Enter the Raspberry Pi. This is a linux box that will immediately start booting when your power comes back on, assuming you’ve connected it directly to the outlet and not through your UPS. All that’s left is just to wake the rest of your boxes once the Pi’s booted.

In my case I wrote a short script and put it in /usr/local/scripts/wakeEmUp.sh

The sleep in there will make sure you won’t start your other computer before a full 10 minutes have passed after the Pi finished booting. this will prevent “flapping”.

/etc/homeLan.wol is a file in the following format:

Finally, we need to actually run this when the Pi boots, this can be easily done by adding the invocation to /etc/rc.local:

I have two UPS units at home, powering my batcave, which will get its own post sometime. Check_MK’s agent architecture really appeals to me, I naturally wanted to leverage it into the solution.

Basically, the Check_MK Agent is a small bash script that dumps a whole lot of plain text info out to STDOUT, this output is usually exposed over the network using xinetd, so when you open a socket on the port (6556 by default), with a telnet command, for example, you just get the whole output dumped right out.
This means that adding output is very simple, especially as the agent will try to run any executable files in the plugins dir, you can just read the agent script to see where that is on your installation. Creating the following script in the plugins dir, simply adds the output to the text dumped by the agent when it’s being invoked.

I’ll go into further detail on my NUT setup in a later post.

Now we have the data which is great, but Check_MK can’t make heads or tails of it. We need to parse it on the server side. Since Check_MK uses a python API, we are forced to use python to parse our data. The Check_MK parser should be in your check_MK server’s checks directory.

Since the python script itself is a bit on the long side of things, you can find it in my Check_MK plugin repo on github. This script has been created for Check_MK v1.1.12p7, but if you’re interested in adapting it to the latest (and more elegant)  API, you’re welcome to fork it on github or ask me to do it.

The end result is quite pleasing and allows me to easily track my UPS load, get live email alerts about power outages at home and have all this data collected into RRDtool graphs through PNP4Nagios.

A few months ago, I got a new desktop and handed down my previous desktop to my wife as a gaming rig to complement her day-to-day laptop.
Ending up with two computers, but with the same single set of speakers we had before raised the question of how to connect the audio from both computers to the speakers.

One’s immediate instinct is to just connect all the wires and let ‘er rip. However, that’s a very bad idea.

This post explains exactly why this is a bad idea and describes a simple mixer circuit that sums together two inputs into one output. However, it doesn’t allow any mixing control.

In case you’re not familiar with circuits and whatnots, check out sparkfun.com for some tutorial goodness.

This doesn’t deal with a very common situation where the volumes on the two inputs might not be set to comparatively reasonable levels, causing the output to effectively feel one sided. with no means to control the mixing ratio, I felt it wasn’t good enough. Additionally, if one of the inputs is connected to a computer that’s shut down at the moment, some static noises might be annoying, so an option to disconnect one of the inputs temporarily might be nice.

My design required a few specific components, for example the two pots are actually a double potentiometer (two pots on a shared axis) affecting both left and right channels in the same intensity. the switches are also double switches (123circuits only had triple switches) so both U1_S1 and U1_S2 should connect and disconnect together, without actually touching one another electrically (crossing the streams, sword-fighting if you will).

It took me a while to collect everything I needed, including buying solder for the first time in like a decade. but last week I was finally ready to build.

Using it is as intuitive as pointing the knob in the direction of the input you want to be more dominant. I skipped on the switches as the ones I had from dx.com were a bit flimsy and messed the audio a bit. I will probably post an update once those are added.

The actual inputs are aligned with the labels and directionality of the pot, so it should all just “make sense” to the user. Output is in the middle.

This was my first soldering work in over a decade so I won’t be posting any close ups of that poor poor PCB.